2021
Labyrinth has an Athens Open Air premier.
Medea is in post production

2019.
Premier for Labyrinth with Award in London GFF
He writes and edits the Adventure of seeing, film essay

2018.
Member of the Jury of the International Tehran Film Festival.
The 15th Prize for Invisible in Turin.
Three Days Happiness, No Sympathy for the Devil and Invisible at the Babylon cinema in Berlin.
Invisible closes a tour in 35 cities across Greece.
He writes and shoots the Labyrinth, independent production
Medea is officially announced after the GFC has approved participation

2017.
His first book, Secret Encounters, is presented at the Athens Book Festival
The Athens Underground installation is presented at Artiria Athens and Athens Eyes.
Invisible stays for 17 weeks at the Athens cinemas
No Sympathy for the Devil final cut 2017, premieres at the 30th Athens Panorama of European Cinema

2015.
Premiere for  Invisible at the Thessaloniki IFF
Athenian premiere at the 28th Panorama of European Cinema

2014.
Three Days Happiness are selected in 200 films for the 100 Years of Greek Cinema at the Thessaloniki Film Festival.
Invisible is supported by the GFC

2013.
Three Days of Happiness and No Sympathy for the Devil are presented at the University of Peloponnese.
Best Director Award and two more for Three Days of Happiness awards at Maverick Movie Awards NY.
Addio Berlin is featured on channel ET1
No Sympathy for the Devil and Lovers in the Time Machine by D. Panagiotatos are presented in the joint program Eros Beyond at the Cakogiannis Foundation

2005
Planet Athens in theaters by Odeon
The Soul in the Ice project with Karyophylia Karabetis, produced by Ant1 tv channel is canceled shortly before shooting.

2004
During the Athens Olympics, he is shooting Planet Athens, his first film in digital format.

2002
Tribute to Athanitis in Chania, Crete with all of his four films, Addio Berlin, No Sympathy for the Devil, Summer Night Dream, 2000+1 Shots

1995
He writes and shoots  Speak to me about Love telefilm for ET2 channel
Addio Berlin in theaters, distributed by AMA films 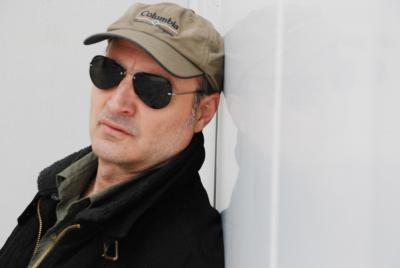